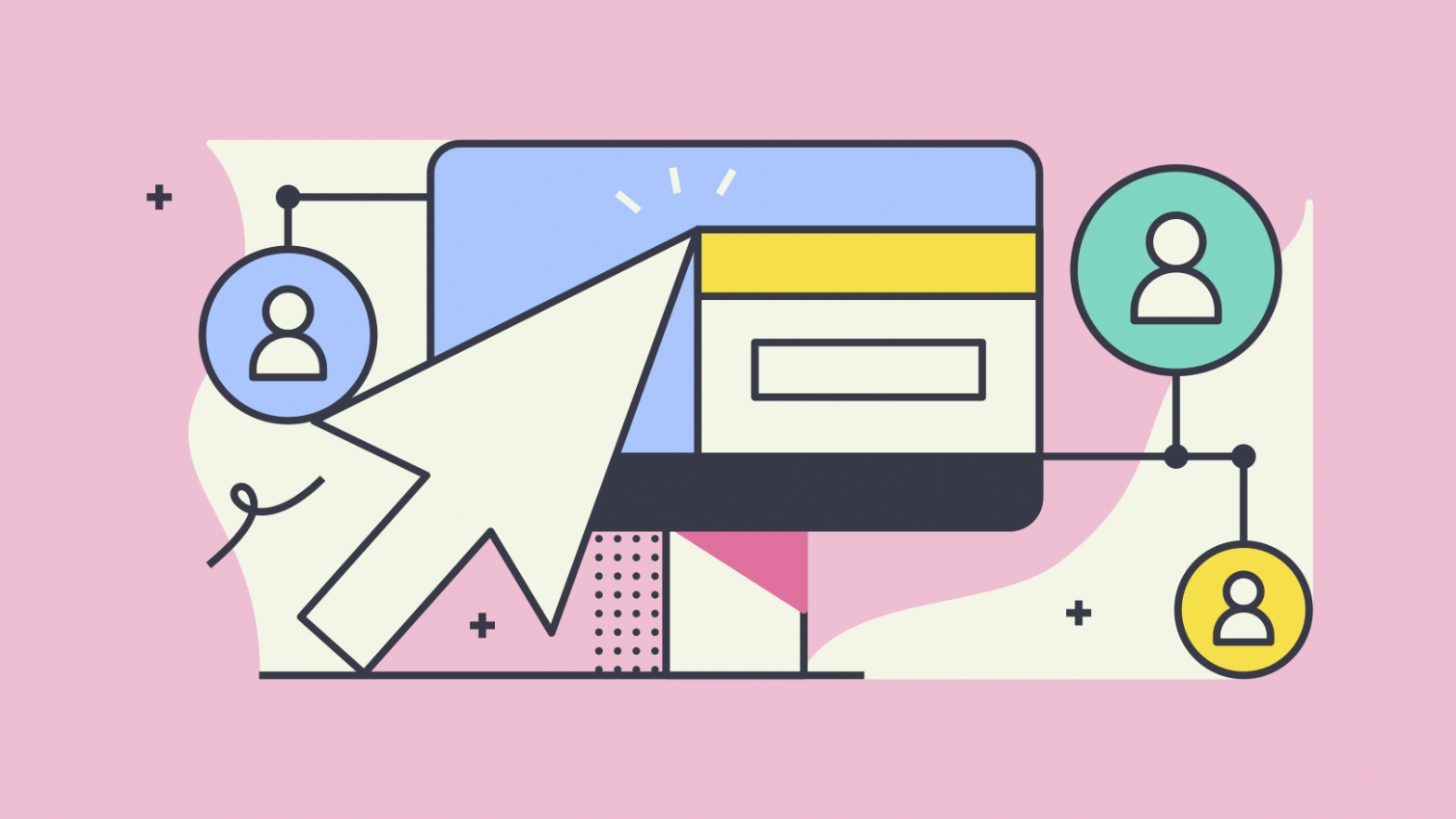 Cross-cultural communication has emerged over the years as a new ‘buzz word’ as businesses become more diverse and attract international talent. The Meeko team read Erin Meyer’s book, The Cultural Map: Breaking Through the Invisible Boundaries of Business to learn more about this concept and see what all of the hype is all about.

The book discusses eight different components that are key to ensuring effective communication with a multicultural team: high context vs. low context cultures, feedback styles, reasoning styles, power distance, decision styles, trust models, disagreement styles, and time perceptions. Understanding how individuals communicate based on their culture and how this differs from others is vital to creating a cohesive and effective team.

The main way to decipher the difference between high-context and low-context communication is the amount of content that is explicitly stated versus implicitly understood. Cultures that use a low level of context have a few shared reference points. Communication must be clear, simple, and explicitly to effectively pass a message (The Culture Map, p. 35). Countries that use this communication style include the US, Canada, Australia, Netherlands, Germany, and the UK.

On the other hand, high-context cultures operate with assumptions in mind and meanings are implied but not plainly expressed. Messages are decoded by what the speaker means by their statements, not what is explicitly said.

When working in a multi-cultural team, it is important to speak in low-context terms. Define your company’s culture early on and focus on explicitly sharing meaning, even if it may seem as overcommunicating for some. This will help dispel confusion for those who do not hold certain understood norms as well as help those who might feel frustrated when messages are communicated that they believed were assumed by everyone.

How negative feedback is given and received varies from culture to culture, and often breaks certain trends of communication that are consistent within a region. For instance, some cultures that focus on explicit, low-context messages actually give vague feedback; whereas certain high-context cultures are comfortable giving and receiving direct negative responses.

The easiest way to spot how a culture shares negative feedback is through the use of ‘upgraders’ or ‘downgraders.’ Upgraders are words like absolutely, totally, or strongly, that is used preceding or following negative feedback to emphasise the message. This is not seen as a sign of disrespect or commenting on the individual, but rather sharing a clear message so the recipient understands the feedback exactly as it was intended by the speaker.

Downgraders are words that soften criticism, such as ‘kind of,’ ‘sort of,’ ‘slightly,’ and ‘maybe.’ Understatements are also used- “We aren’t quite there yet” translates to “this is nowhere complete.” Feedback can also be given slowly over time so it sets in and does not embarrass the receiver.

It is easy to understand how this can cause massive confusion and frustration for those in a multi-cultural team. Someone may feel offended and embarrassed if they receive direct, negative criticism, especially in front of others; whereas an individual may feel as though they are doing nothing wrong if they are not interpreting ‘downgraders’ accurately. Looking at how your team, especially those in management, communicates is vital to bridging this cultural gap.

Also known as deductive and inductive reasoning, these processes reflect how individuals taken in, analyse, and form decisions based on the information at hand. Principles-first (deductive) reasoning derives conclusions or facts from general principles or concepts. It asks ‘why’ before taking action. Applications-first (inductive reasoning) focuses on the ‘how’ and less on the ‘why’ between the task. General conclusions that are reached are based on a pattern of factual observations in the real world.

When presenting information to a team of principles-first individuals, spend more time setting the parameters of the process and explaining the background before jumping in. The explanation of the theories, concepts, and framework is important to understand before moving on to the practical application or implementation of the data.

Conversely, applications-first individuals like to receive practical examples upfront and will extract learning from these examples. Consider sharing a case study that describes a real-life story about a business problem and solution that reflects something you would like to discuss. General lessons, recommendations, and ideas will come out of this practical example.

The best option for managers who have both principles-first and applications-first members on their team is to switch back and forth between theoretical and practical examples.

The concept of power distance was coined by Gerard Hendrik Hofstede, who defined it as “the extent to which the less powerful members of organisations accept and expect that power is distributed unequally.” We go more in-depth into Hofstede’s cultural dimensions in another blog, which correlates closely with the elements in The Cultural Map.

Power distance is characterised as egalitarian or hierarchical cultures. In egalitarian cultures, it’s okay to disagree with management in front of others, people are more likely to take imitative without the boss’s explicitly okay, and there is less focus on matching staff levels in meetings as well as talking with clients.

In hierarchical cultures, an effort is made to defer to the public boss’s opinion, people are more likely to get the boss’s approval before moving on to action, and communication follows the hierarchical chain.

This is a particularly important characteristic in which to be aware, as it directly relates to others’ perception of you in the business. For example, if your business is based in an egalitarian culture where initiative is welcome and expected, but an employee believes explicit permission is necessary for action, this can cause conflict. The boss may seem the individual as unmotivated or complaisant, whereas the hire may be feeling uncomfortable as to why the boss hasn’t given their okay on a specific task.

How decisions are made and implemented varies from culture to culture. Decision with a ‘Captial D’ focuses on one decision that does not change. The process of reaching this decision takes a long time since everyone is consulted. Once the decision is made, the implementation is rapid and the decision is inflexible and fixed.

Conversely, decisions made with a ‘little d’ are made earlier and often change. For instance, a team may decide on a specific strategy for a marketing campaign in one meeting but pivot much later. The decision is not set-in-stone and seen as an iterative process. So, while the decision is made earlier, the implementation takes longer.

It is important to define decision styles early when working in a multi-cultural team to prevent conflict and frustration between individuals. Does the decision come from the leader or is it a unanimous vote? Once the decision is reached, can it be changed? Discussing these styles before starting a new project helps manage expectations by adopting a uniform decision style.

“Trust is like insurance, it’s an investment you need to make upfront before the need arises.”

Meyer’s discusses two different types of trust: cognitive and affective. Cognitive, or task-based trust, is based on the confidence you feel in another person’s accomplishments, skills and reliability. Often built-in business and professional interactions and is defined by functionality and practicality.  Affective or relationship-based trust arises from feelings of emotional closeness, empathy or friendship and it is built slowly over time. In relationship-based cultures, it is important to build trust with clients and colleagues to be successful.

As Ukraine is very relationship-based, it is very important for us at Meeko to understand how this translates to our team. While we are based in the UK which is more of a task-based culture, it is useful to understand how the perception of trust impacts communication. For instance, a new starter does not ‘trust’ us as a confidant and person to which they can be completely open. This can come off as rude or stand-offish when that is not the intention. From the management side, it is important to take time to cultivate a strong relationship over time to build confidence and trust within the team. This will, in turn, lead to better communication between everyone.

Regardless of which side your organisations falls into, it is important to depersonalise disagreement by separating the ideas from the people. By reminding everyone that honest feedback is vital for the success of the business, it will help individuals understand they are not under personal attack. If your team is especially non-confrontational, consider having everyone fill out post-it notes at the end of a meeting, put them all up on a wall, and then vote on which ideas to prioritise.

It may be surprising to read that cultures view time differently, as it is a universal concept. What is emphasised in cultures is specifically how flexible or rigid individuals keep to a time table. Monochronic cultures view time in a linear way, in which it is tangible and concrete. Time is seen as ‘saved, spent, wasted, lost, made up, crawling, killing, and running out.’ Polychronic cultures perceive time as flexible as it is seen as general space in time as opposed to a specific scheduled event. There is an understanding that 15 minutes late is still considered ‘on-time’ and is not seen as disrespectful or does not reflect poorly on the individual.

Time perception not only relates to creating and following a schedule but how projects are approached and implemented. Projects led by linear-time teams are approached sequentially, completing one task before the next. There is a focus on staying on-task and the deadline. Any tasks that distract from the topic at hand is seen as rude. For example, deviating from the agenda in a meeting is seen as rude.

Flexible-time teams fluidly approach projects, changing tasks as opportunities arise. Interruptions are accepted and multi-tasking is welcome. The focus is on adaptability and flexibility rather than sticking to an agenda.

Ukraine also falls under a highly polychronic perspective, which we keep in mind when scheduling our team meetings. We created a shared agreement within the group for how time is perceived, taking into consideration all perspectives. An agenda is still followed, but adaptability and flexibility are openly accepted.

Overall, Myer’s book on cross-cultural communication is very valuable for any individual working in a multi-cultural team. And while personality styles within every culture will vary, having a general knowledge of each other’s norms, expectations, and perceptions will allow for greater productivity and success. It will allow you to play on the strengths of each culture, rather than focusing on the differences.